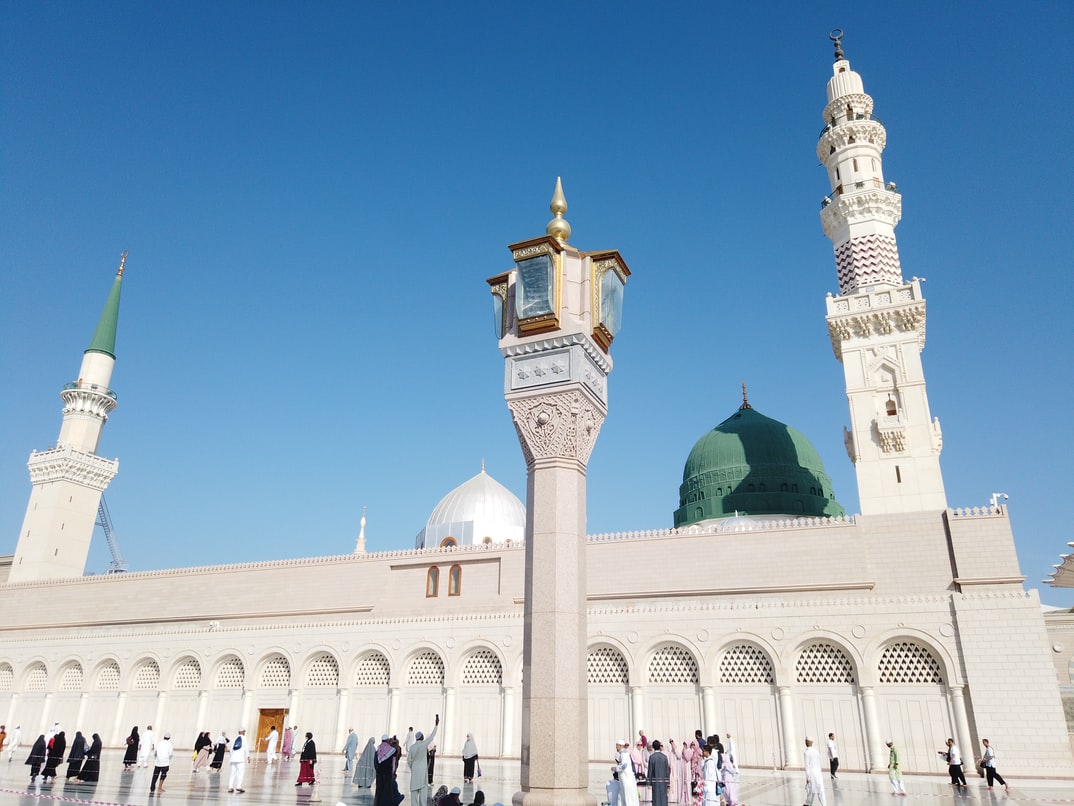 It is every living Muslim’s dream to perform a Umrah and Hajj at least once in a life time. If you are a first timer planning to perform Umrah, you have come to the right spot. Here is a complete guide on all there is to know about Umrah.

A pilgrimage to Makkah known as Umrah is a shorter variant of the yearly Hajj pilgrimage. In Arabic, the word “Umrah” implies “visiting a crowded place.

“Umrah provides Muslims with a chance to renew their faith, seek redemption, and pray for their wants. It is stated that anyone who does it is cleaned of their misdeeds. The ‘minor’ Hajj is sometimes referred to as Umrah. While the Hajj is one of Islam’s Five Pillars and should be undertaken at least once in a Muslim’s life, Umrah is a Sunnah – a practice of the Prophet (PBUH) – that can be conducted at any time of year saves during the Hajj’s five days. The Umrah rituals consist of four basic steps. We are discussing all these steps one by one in detail for those who want information about Umrah. For more information, Umrah travel agents Manchester is available for facilitation.

Ihram is an obligatory rite for everyone planning to attend Umrah. Ihram is required for Umrah. If you do not have Ihram, your Umrah would be rejected. So, what is Ihram? While performing Umrah, pilgrims enter and remain in the state of Ihram. To enter the holy zone, you must perform particular purification procedures and dress accordingly. When all Umrah pilgrims arrive in Allah’s abode dressed in the same Ihram, absolute equality is achieved, eradicating all social and financial distinctions. When performing Umrah, it is impossible to tell the rich from the poor. It’s also vital to note that entering Ihram imposes some restrictions on you that you must be aware of. Some instructions are as under.

Tawaf Al-Umrah Muslims doing Tawaf around the Kaaba in step two Tawaf is derived from the Arabic word “Taafa,” which means “to encompass something.” Tawaf is the ritual of performing seven anti-clockwise circles of the Kaaba during Umrah or Hajj. While there are five varieties of Tawaf, we’ll focus on Tawaf Al-Umrah, which is an essential aspect of Umrah.

You must be clear of all big and minor impurities and in a stage of wudhu to perform Tawaf. If your wudhu ends during the Tawaf, repeat the ablution and continue the Tawaf from where you left off. You will, of course, be dressed in Ihram attire, which is pristine and hygienic. The section of the body between the navel and the knees must be covered for men, while the complete body save the hands and face must be covered for women.

Sa’ee, like Tawaf, is an obligatory act in the entire Umrah. In simpler words, it is the act of walking seven times between the heights of Safa and Marwah. Return to Hajr Al-Aswad to perform Istilam before traveling to the Safa hill to commence Sa’ee after completing your Tawaf and performing Salah Al-Tawaf.

To get out of Ihram, you’ll need to do Halq or Taqsir after Sa’ee. You will remain in Ihram until you complete this crucial step.

Shaving the head is referred to as Halq, whereas cutting the hair is referred to as Taqsir. Run a razor over your head even if you don’t have any hair to complete the routine. A minimum amount of hair equal to the length of a fingertip must be clipped from both sides of the head where hair is found for Taqsir. When you are allowed to cut your hair, you are also allowed to have someone else do it for you. Halq, on the other hand, is prohibited for women. Regardless of how short their hair is, they only need to trim a fingertip’s length from the end.

You’ll be out of Ihram once you’ve completed Halq or Taqsir. When your Ihram is finished, you will be free of the restrictions that come with it, such as the use of perfumes, cutting nails, indulging in marital relations, and so on. You are now free to change into your regular clothes. If your Umrah is combined with Hajj, however, marital interactions will be prohibited until Tawaf al-Ziyarah, but all other Ihram prohibitions will be relaxed.

Different companies are having different Umrah packages however we recommend Royal Travels for a more safe, economical, and reliable experience.

The bottom line is that when anyone preparing for Umrah, he must be informed by all the rituals, instructions, restrictions, and especially the verses of the Holy Quran already mentioned in books